The Scottish Fold (or the lop-eared cat) is a cat breed originating from Scotland and characterized by its folded ears. With its chubby figure, short dense coat, big round eyes and adorable short legs, the Scottish Fold has charmed many cat lovers in the world. The current Scottish Fold cat price is around $800/kitten, but it can vary from one to another. You can refer to the article below for more information on Scottish Fold kittens for sale prices, selling websites and reputable breeders.

I Puggin Love You Women’s T-Shirt

Despite a common breed, the price of a Scottish Fold is unexpectedly high due to its difficulty in breeding and its susceptibility to genetic diseases. Depending on your purpose of raising a Scottish Fold, there are many price options to choose from.

Such kittens have no breeding rights. However, many people are still willing to spend $550 – $1200 on a pet-only Scottish Fold because of its docile and lovely temperament.

Fully registered Scottish Folds are allowed to breed. Their price, thus, is often much higher than pet-only ones. Apart from requirements about the origin, lineage and appearance, gene is the first priority when evaluating a Scottish Fold.

>> Price of Other Beautiful Cat Breeds:

Where to find Scottish Fold cat for sale

Based in Orlando, Florida, Adorable Stars specialize in breeding the Scottish Fold and the British Shorthair. All kittens here are very beautiful and well cared for. Thanks to the excellent quality of each and every kitten, this farm has made a great impression on many customers. Almost all kittens born here is a little expensive (from $1200 to $2000). However, their quality is top-notch.

This breeding camp was established by a young couple from Houston, Texas. With their love for cats, they decided to found a breeding farm focusing on breeding the Scottish Fold and the British Shorthair. All cats here have Grand Champion blood lines from Europe. 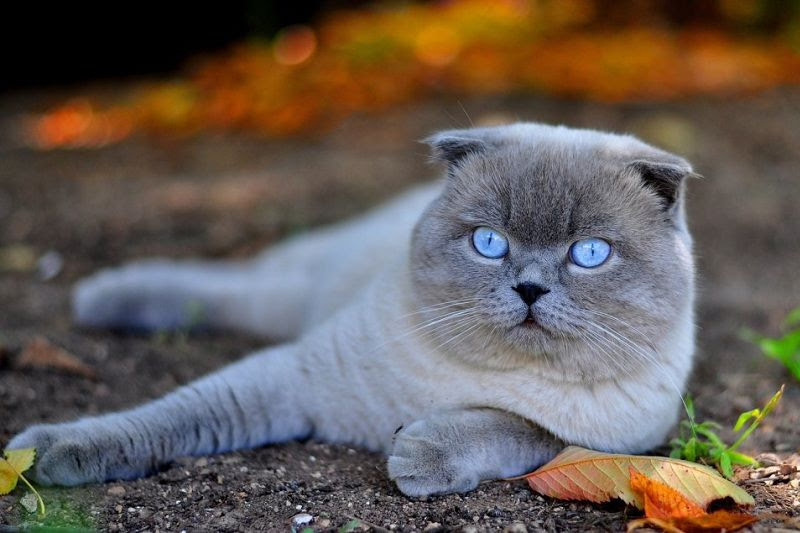 This farm is located in Philadelphia, USA. They specialize in the Scottish Fold, including folded and straight ears, long and short coat. If you have a chance to visit this farm, you will be surely impressed. Each cat here is well taken care of in a loving homelike environment.

Types of the Scottish Fold

Scottish Folds are classified into 2 types:

This classification is attributed to the fact that Scottish Folds are born with straight ears. Only when they reach 3 to 4 weeks old do their ears start to fold. However, it does not happen to all kittens of this breed. Usually, at around 11 to 12 weeks old, based on their ears, Scottish Folds are determined to be raised as pets, for breeding or for show. 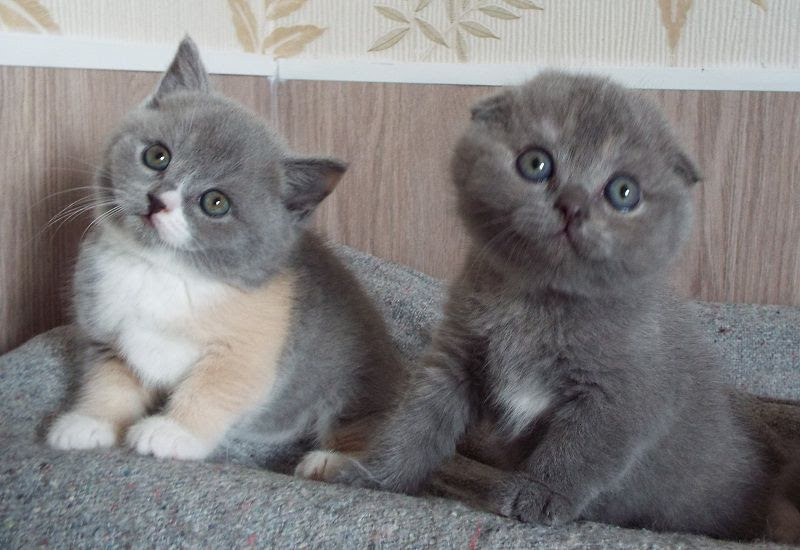 Due to the scarcity of Scottish Folds with folded ears (please remember that not all Scottish Folds have folded ears when grown up), their price can be extremely high, usually two to three times more expensive than straight-eared ones.

Characteristics of the Scottish Fold

The word “round” seems to be the perfect word to describe this cat breed.

The Scottish Fold comes in many different colors. Some colors show the traces of crossbreeding such as chocolate, lavender, Himalayan-like color points or combinations of these colors with white.

However, the most distinct feature of a Scottish Fold is its folded ears.

In total, there are 4 levels of ear folding: