The Dachshund, or Sausage dog, is the dog breed with elongated body, short legs that make them be very funny. At present, Dachshund is popularly raised as family pets in many countries around the world. The number of puppies sold is quite high, so the current Dachshund price is not too high, only about $400 to $700 for each puppy raised as family pets. You could refer to detail information on Dachshund dog prices and website addresses for purchasing them below.

Cat – I Do What I Want Unisex Youth Kids T-Shirt

Price of Dachshund dogs raised for pet purpose only

As mentioned above, limited registered Dachshund puppies that could be raised for pet purpose only cost between $400 and $700. In some small pet sites, there are also Dachshund puppies priced only about $300 or less. You should ask for regular health check logbook before deciding to buy and to take them home. 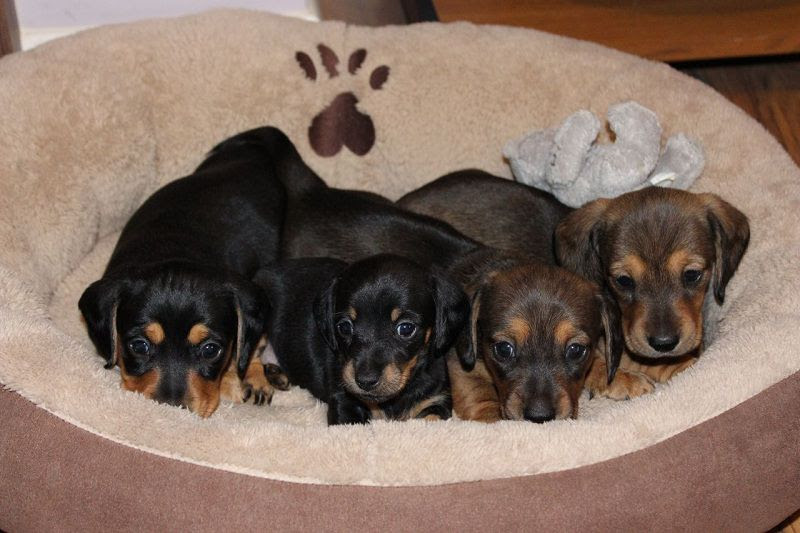 Dachshund puppies at prices range from $300 to $700 could be found a lot in large pet sites, including the following:

Fully registered Dachshund puppies usually cost between $700 and $1300, you could find them at small breeders sites, or at pet sites as follows:

Premium Dachshund must be almost purebred, have very good family records, and have champion bloodline –that means their parents have been champion in big dog shows. Prices for premium Dachshund dogs usually range from $1300 to $4000, and it’s difficult to exactly price a dog like this.

In addition to champion bloodline, prices of Dachshund dogs raised for hunting purpose are also often in this price range. Hound dogs need to have good qualities such as toughness, courage, strength, aggression, and good nerve inherited from previous generations. These dogs are usually so rare that their prices are usually very expensive.

These premium dogs offered at this price should be purchased directly at the dog breeders’ sites or AKC Market Place for Dachshund dogs. You could refer to some famous Dachshund breeders as below:

Dachshunds have short legs, elongated bodies because they are created to hunt animals living in caves such as rabbits, mice, weasels, and so on. Large Dachshund dogs could even hunt foxes and boars. Elongated bodies and short legs make them extremely flexible in small caves and in jungle. Normally, Dachshund with shorter legs and longer bodies will have higher prices. 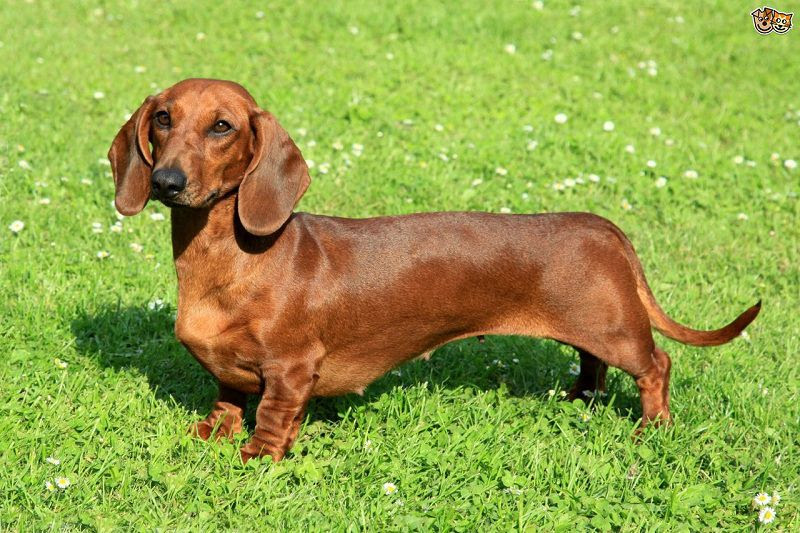 A purebred Dachshund dog must have long body, big chest, small belly and short legs. Their bodies look a bit sluggish but they are extremely agile and energetic. Muscles of this dog breed are well-developed, especially the muscles in shoulder, hip, and thigh areas.

Dachshund fur is very short, smooth, and close to the skin, so you do not need to take care of the hair a lot. Therefore, you could save quite a bit of annual grooming cost when raising Dachshunds.

Normally Dachshunds have homogenous color for their whole bodies, Dachshund homogenous colors could be reddish brown, black, yellow, and chocolate. Or their colors could be a mixture between black – yellow or black – reddish brown. Brown or black Dachshunds are the most popular so they have standard prices. Chocolate and gold Dachshunds are limited in quantity so they have relatively higher price. In addition to the traditional short-hair Dachshunds, there is also long fur Dachshunds, however this breed is not popular due to its unattractiveness and difficulty in caring.

Cost for raising a Dachshund puppy

In general, the cost for a Dachshund puppy is not too high, if the puppy has good health and rarely gets sick.

First year cost usually ranges from $800- $1500, this cost includes onetime costs and regular expenses. Onetime costs include essential pet items like sleeping cushions, bowls, toys, etc., which totally cost between $500 and $600. However, if you buy secondhand items, you could save quite a lot; the total costs of all secondhand items are only about $300.

From the second year onwards, you only have to pay regular expenses for your Dachshund puppy, these includes food costs, health checks, bathing related expenses, and cost for walking services etc., which are usually around $500- $800.

Dachshund dogs have short hairs, so they almost do not require grooming; they just need to take bath 1-2 times a week, so you could save a lot of grooming costs which are very expensive at the spa.