Shiba Inu is one of the six original and distinct dog breeds from Japan. And this breed is also one of the few ancient dog breeds that have existed until now. Shiba came to existence from the 3th century BC and almost came to extinction in World War II. Current Shiba Inu breed is considered as a great result of the big effort in maintaining dog breed of Nihon Ken Hozonkai (Nippo). Currently the average Shiba Inu price is around $900 for each puppy. And the average raising expenses for a Shiba Inu puppy are around $800/year. Shiba Inu is widely beloved for their small and cute body, and especially their face with full of happy smile.

I Do What I Want Cat 2 Women’s T-Shirt 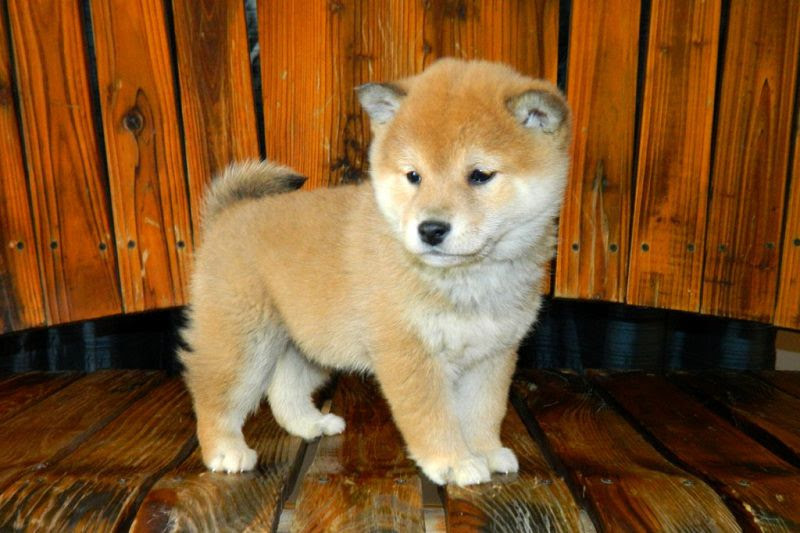 You could find Shiba Inu puppies in this price range on pet websites below:

These Shiba Inu puppies would take you a much higher price than pet ones. You often find them at professional dog breeding farms. Purebred Shiba Inu puppies with full registrations have quite different price range depending on family records, bloodlines, sizes ect.

However, to take a noble Shiba Inu puppy home, apart from high expense, you have to meet strict requirements from their former owners. Specifically, you have to commit to be an experienced dog raiser, you are also required to have best living condition for your puppy etc. In fact, you need to reserve several months in advance before taking your puppy home.

You should check information about purebred Shiba Inu puppies with full registrations from AKC Market Place, or professional breeders. There are some breeders like that below:

How much annual cost do you have to pay for a Shiba Inu puppy?

The average regular expense for a Shiba Inu puppy is around $800/year, where most of them are for food, health check and treatment fee. Just because Shiba Inu puppies are very easy to get eye diseases, so you should take them for regular eye – check every year.

For just the 1st year, you could pay additional cost of around $500 to $1000 to buy essential items such as kennel, mattress, cleaning tool, eating bowl, and etc.

Shiba Inu is a very old dog breed in Japan. They came to existence from the 3th century before BC and almost came to extinction in World War II. Shiba Inu puppies now are crossbred from 3 last remained bloodlines: Shinshu Shiba in Nagano, Mino Shiba in Gifu and San’in Shiba in Tottori and Shimane.

Shinshu Shibas have a protecting dense coat, which is small and comes in red. Mino Shibas often have thick ears, and a crescent-shaped tail which is not a curled one that we usually look at the present Shiba Inu puppy. San’in Shibas have much bigger size than almost any other one. Their coat colors are often black, tan or white like current black – white Shiba. And 3 breeds have made a perfect combination in creating an absolute dog breed – Shiba Inu.

Shiba has a rather small size, but has muscular body. Male Shibas are from 35cm to 43cm high, while female ones are from around 33cm to 41cm. Their average weight is about 10 kg for male and 8 kg for female. They have flat faces, rather small muzzles, erect and triangular ears, short and dense tails.

Shiba Inus’ hair is often curled up on their back. They have a double coat: the outer coat is stiff and straight, the undercoat is soft and thick. They have short feather, specifically on their faces and ears. Aslo, they have fox – like legs. Their protective coat often flushes out of the body, from around 4cm to 5cm high on shoulder. As well as, they also have long tail feathers. Their coat color could be red, red and brown, or sesame (with red markings turning into clack markings), all with a cream, buff or gray undercoat.

The outsides appearance almost does not impact much on Shiba Inu price range. They have the same price to all colors and sizes. Except for some Shiba Inu puppies who have excellent, out – standing appearance or are potential for breeding, price would be offered much higher.

Shiba Inus tend to have independent characterisrics, and sometimes very aggressive, as well. To be the best for Shiba Inu, owners should raise them in a family that does not have other small dogs or children. But if you have good training methods, it can make them more obedient.

They could be reserved with strangers but loyal and affectionate to those who have their respect. Shiba Inu are relatively difficult and definitely love cleaness. They often lick their feet like a cat and often move by their own way to keep their coat as clean as possible. But they extremely love swimming and playing in the puddles.

Other characteristic helps you to distinguish this breed from another is “Shiba scream”. When agitated or unhappy, they would emit a loud and high scream. But of course, Shiba Inu is really an intelligent and playful dog breed. They know how to make your family happy. They are not only a good companion but also a hard-working rodent hunter.