Currently the Chow Chow dogs (or Chao Chao) with their chubby and round bodies have been beloved by many teenagers. Because of the limited number of puppies and dog breeding farms, Chow Chow dog price is often quite high. In this article, we would like to introduce about the various Chow Chow price ranges together with their corresponding attributes and characteristics so that you could select the most suitable Chow Chow puppy for yourself.

Chow Chow dog prices are quite high compared to prices of other breeds. A purebred Chow Chow puppy seldom costs less than $600. In below sections, we will provide detail information on Chow Chow price ranges.

Within this price, you could find a Chow Chow puppy born in a normal family or in a new established dog breeding farm. These puppies have basic gene quality and may be not well purebred, yet they still obtain almost all characteristics of a purebred Chow Chow.

You could find such Chow Chow puppies on many pet websites. In these websites, there are many Chow Chow offered from around $200 to $500. But if you look at them carefully, you will observe that these Chow Chow puppies often have light coats, small faces and not chubby bodies. Generally, these have many characteristics of Chows Chows that are not well purebred.

you could find these Chow Chow puppies at below websites:

Chow Chow puppies offered in this price range are usually born from large and highly experienced dog breeding farms. They have high level of breed purity and good genes. They also have all characteristics of a purebred dog such as chubby body, dense and fuzzy coat, big face, etc.

In order to own a Chow Chow puppy in this price level, you could search in above mentioned pet websites. However, we recommend that you should check information directly from dog breeding farm’s websites in order to ensure the highest quality of your Chow Chow.

Chow Chow puppies with the above $2000 price must have more than 99% in breed purity. They are often offered from famous dog breeding farms, and could be raised for breeding purpose or could be trained to participate in dog beauty show. They also have good and beautiful family records (with at least one last generation used to win dog beauty competitions before). And of course, they must also have the key and impressive appearance characteristics of purebred Chow Chows. 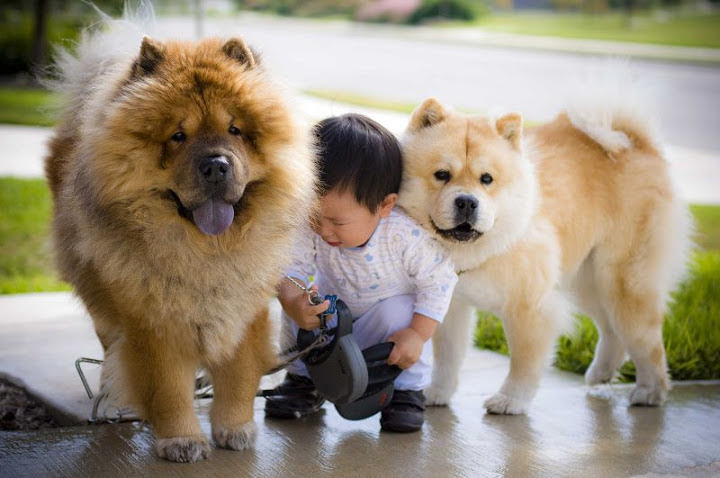 Besides the “Champion” bloodlines, Chow Chow puppies within this price could have other origins –they could be directly immigrated from Asia dog breeding farms, primarily from China- home country of this dog breed.

You could find a top-quality Chow Chow at below breeders:

The Most Beautiful Chow Chow Dogs and Puppies

Some information about Chow Chow dog

The most reputed dog breeders long ago believe that Chow Chow is one of the most ancient dog breeds in the world. Chow Chow appeared at least 3500 years ago, and maybe up to 5000 years ago. This was the period when the first dog breed emerged after the domestication of the wolf. Chow Chow was believed to have their origins in Mongolia, then they were brought to China by the Northern nomadic tribes.

Chow Chow has become popularly in China since 150 BC (during the Han Dynasty). According to a legendary, a Han emperor raised 2500 pairs of Chow Chow as his hunting dogs. They were also called Lion dogs, Wolves or Panda/Teddy Bear dogs. But only until the end of the 18th century, people called them “Chow Chow” (which means “a precious dog breed of East Asia”), when first Chow Chows were brought to England through international trade with China.

The mature Chow Chows are from 40cm to 50 cm high, and weigh from 30kg to 40kg. They have strong and sturdy muscles, particularly in shoulder, chest, neck and thigh areas. The front body is bouncing while the back body is slim. Because of their huge and heavy bodies, they seem to have quite slowly and stilted walks (It is hard to imagine that they used to be the most famous Chinese hunting dogs).

Chow Chow has wide skull, big head, straight forehead and big nose. Deep  eyes together with thick eyelids and dense hair in eye areas makes their eyes quite small. Moreover, Chow Chows have extremely dense, long and curved coat; the fur is especially thick in face, chest and neck areas, which in turns give the impression of a lion mane. Chow Chow could have many different colors such as white, cream, yellow, orange, brown, reddish brown, black, chocolate or blue – black.

Colors could somehow influence on how much a Chow Chow costs. Chow Chow puppies with cream, yellow, orange, reddish brown colors are often priced from around $100 to $200 higher than ones with other colors.

In the history, Chow Chow was classified as one of the most aggressive dog breeds. However, you should not worry so much about that since after many generations of cross – breeding, Chow Chow personalities have become more gentle and closer to human. They absolutely meet your requirements of a family pet in your settlement area.

If you spend time raising/training Chow Chow kindly and strictly from when he or she is just a little puppy, there is no doubt that he or she would be friendly, close to you, and become a faithful member in your family.